Harvey was taking his typical, narcoleptic nap at his chair.
– Professor? – Mark nudged Harvey's shoulder.
– Uh?
– Professor?
– Ah, yes, yes…
– Is everything alright?
– Yes, my poor boy, I was just… – Harvey stopped speaking for a moment and started looking for something.
– Do you need anything, sir?
– Ah, yes, yes, yes. I need more of my cocaine, my boy.
– More what?
But Harvey wasn't already there. He was somewhere else, connecting the dots, cracking the case, lead by a hunch from a stone he was holding. 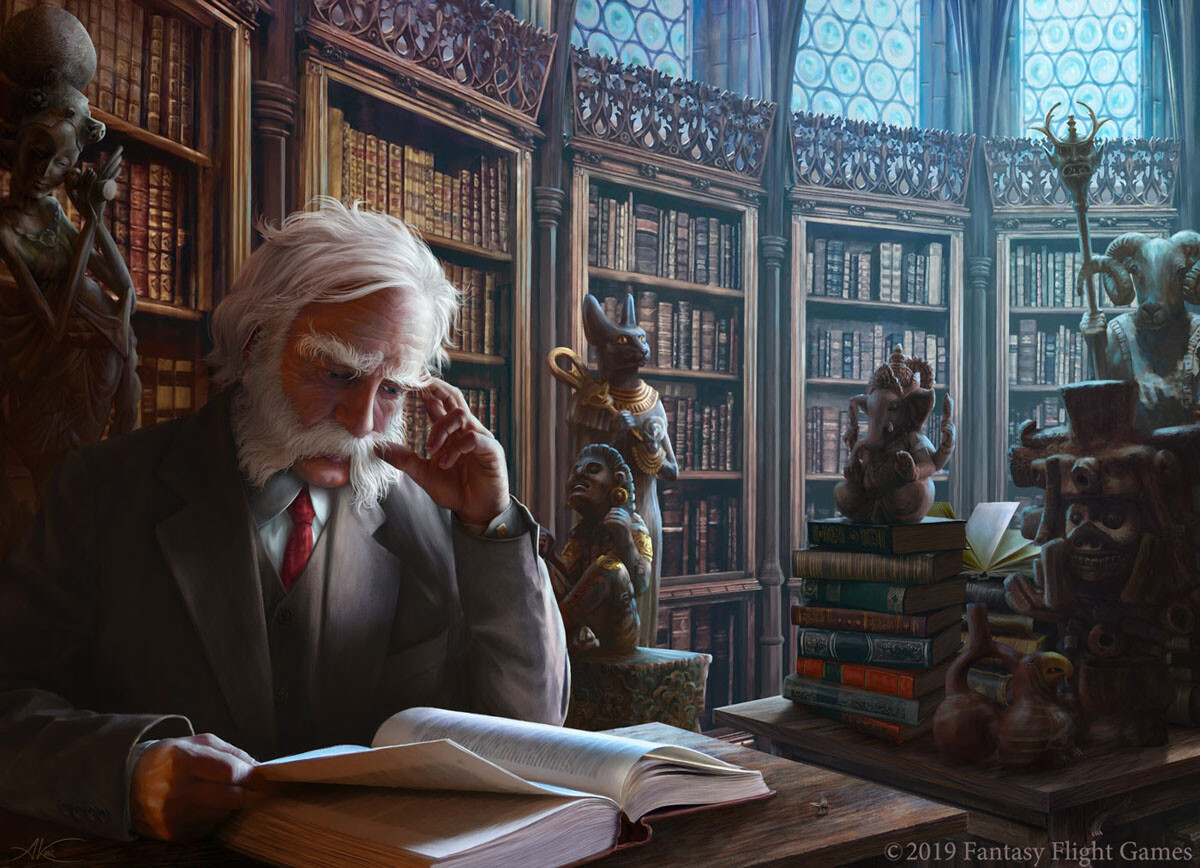 Don't forget to press Like or Favorite if you enjoyed my deck or the write-up!

This deck was a part of a campaign we played together with a friend. This was my first approach to play on hard. My friend was playing Mark Harrigan, which was our main fighter. I was our cluever, but when was needed I was slaughtering monsters like Anakin innocent babies in Jedi Temple. And therefore I would like to share this deck to you!

This deck isn't so easy to navigate to get its full potential. The ceiling is really high, but the floor is still good!

Main Idea was to DRAW and PLAY as many cards as possible. I didn't want to play a big hand deck, but a small hand deck. Therefore I included so many fast events. Thought process was like:

Second Idea was to get Connect the Dots work. Let's face it, this card isn't generally good. Takes up a deck slot(s) and it is hard to get going consistently. If you draw 1-2 cards per turn, the probability you get it in the right time is relatively low. And if it blanks some significant part of your draw, then it's bad. But with a good draw you can plan for it. Also we were playing on a hard difficulty, so this also was a point. So I played combo

And this combo was online pretty much every typical turn.

3. Cards in The Deck

This deck consists of cards that are mainly self-explanatory, so I do not need to explain each and every card one-by-one. I just grouped them by their potential needs they can fulfill. Also note, that almost every card has an icon which is good for Grisly Totem (3).

Note: if you are a beginner, then please memorize and pre-compile all the cards you have in the deck, because you'll be having plethora of decisions to make. So if you're going to read a card for the first time during play, your teammates will be mad at you, because your turn will take 15 minutes. Have mercy for your friends.

You have plenty. Probably too many. Therefore you can upgrade Milan into Kirby if you have spare xp.

I'd say if you don't draw a card from Harvey's ability every turn… then please go and rethink your life.

Speed of getting clues is sufficient.

pretty anything by title you already have in the deck. Also consider buying

With 4 you are quite well protected, but you still have Guts. You also can defend yourself well from enemies:

Oh man, this deck was a blast! I love playing a lot of cards very often and still have options! It wasn't easy to navigate, but the reward was juicy!

Don't forget to press Like or Favorite if you enjoyed the write-up!

Compare with another decklist